Waterous Energy Fund is a North American private equity firm seeking to invest in established oil and gas businesses with top decile assets, requiring recapitalizing, restructuring or repositioning. We believe that the combination of lower commodity prices, new technology and consequent industry dislocation have made  this an ideal time to invest in the oil patch.

We Seek to Buy Complexity and Sell Simplicity.

We believe now is an exciting time to be investing in the oil patch. At the macro level, despite a more favourable supply and demand balance than in recent years, the forward curves for both oil and natural gas are now essentially flat. At the asset level, improvements in technology have produced drilling returns in select areas which are among the highest return and lowest risk in recent history. At the industry level, companies saddled with legacy capital structures and business plans create opportunities for repositioning.

Responding to these changing industry dynamics, Waterous Energy Fund has a differentiated investment strategy. While most oil and gas private equity firms focus on providing growth capital – backing start-up management teams to build junior companies by de-risking emerging plays – we believe this venture capital approach is now severely challenged due to a lack of exits. The same changes in technology which have increased drilling returns have created a glut of organic growth opportunities, significantly decreasing demand for sub-scale businesses, especially those without top quartile asset quality.

Instead, Waterous Energy Fund focuses on acquiring established businesses with scale, management and top-quartile assets, but which require recapitalizing, restructuring or repositioning to unlock value (WEF’s “3 R’s”). Rather than a large portfolio of smaller companies, Waterous Energy Fund seeks to build a concentrated portfolio of businesses with sufficient scale and asset quality to maximize liquidity options and earn premium valuations. This concentrated portfolio will allow us to actively partner with management in each investment.

Prior to founding Waterous Energy Fund in January, 2017, Adam served as Global Head of Investment Banking and Head of Energy and Power, North America at Scotiabank, where he was responsible for all of Scotiabank's global Equity and Advisory activities and Scotia Waterous.

Under Adam’s leadership from 2005 to 2016, Scotia Waterous was among the most active advisors in the oil and gas acquisition and divestiture market with transactions roughly evenly split between Canada, the United States and other countries.

Before co-founding Waterous & Co., Adam worked in the Mergers and Acquisitions department with First Boston Corporation in New York and in management consulting with McKinsey & Company in Toronto.

Adam has been active in many industry, community, health, arts, and education organizations. From 2013 to 2019, Adam served on the Harvard College Fund Executive Committee. In 2013, Adam was awarded the Queen Elizabeth II Diamond Jubilee Medal for his contributions to the community. In 2017, Adam received the Lifetime Achievement Award from the Oil and Gas Council. Adam received the 2019 Lefaivre Award, presented to an individual each year by the United Way of Calgary for exceptional volunteer service and community involvement.

Adam is Chair of the Board of Governors of Banff Centre for Arts and Creativity, one of Canada’s foremost higher learning institutions for fine arts, leadership development, mountain culture, and the environment. Adam is a board member of Invest Alberta Corporation, the Government of Alberta agency that promotes the province and provides services to attract businesses in key growth sectors and high impact investment opportunities. Adam is Chair of Calgary Economic Development’s Economic Strategy CEO Roundtable.

Adam holds an Honours Business Administration degree from the University of Western Ontario and a MBA from Harvard Business School. Being in the top five percent of his class at Harvard, he was designated a Baker Scholar. 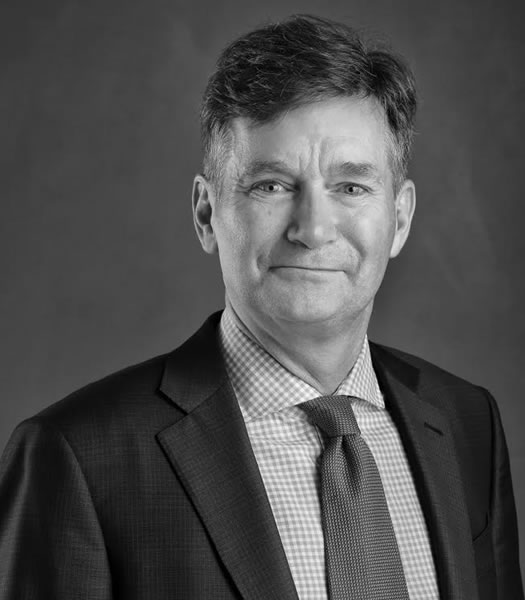 Prior to joining Waterous Energy Fund, Michael was a Managing Director with Scotia Waterous in Houston with responsibility for advising clients in the energy sector on M&A and capital markets transactions. Michael has extensive experience working with private and public exploration and production companies operating in the U.S. shale plays, with a particular focus on the Permian Basin and the Eagle Ford Shale.

Michael has 14 years of investment banking experience with Scotia, UBS and Morgan Stanley and has advised on over US $30 billion in M&A transactions in the energy sector. Michael’s advisory assignments have included numerous projects for private equity firms and investment groups involving the analysis and valuation of oil & gas assets.

He holds a B.A. in International Relations from the University of California at Los Angeles, and an MBA in Finance from the Wharton School at the University of Pennsylvania. Prior to attending business school, Michael served as an officer in the United States Marine Corps and the U.S. Foreign Service.

Before joining Waterous Energy Fund, Henry was a Director with Kohlberg Kravis Roberts, where he spent six years, with a particular focus on energy and infrastructure.

Prior to joining KKR, he was with Constellation Energy in its corporate strategy and development group, where he was involved in a number of merger, acquisition, and other corporate advisory transactions.

He also he served in a number of capacities in President George W. Bush’s administration, including as a West Wing associate to Karl Rove, Senior Advisor to the President, and as the economic and energy policy advisor to the 35th Secretary of Commerce Carlos Gutierrez. He also served as a deputy operations manager on President Bush’s 2004 re-election campaign.

He holds an M.B.A. from the Darden School of Business at the University of Virginia and a B.S. from Wake Forest University.

He is a board member of the George W. Bush Presidential Center and the Building Conservation Trust. 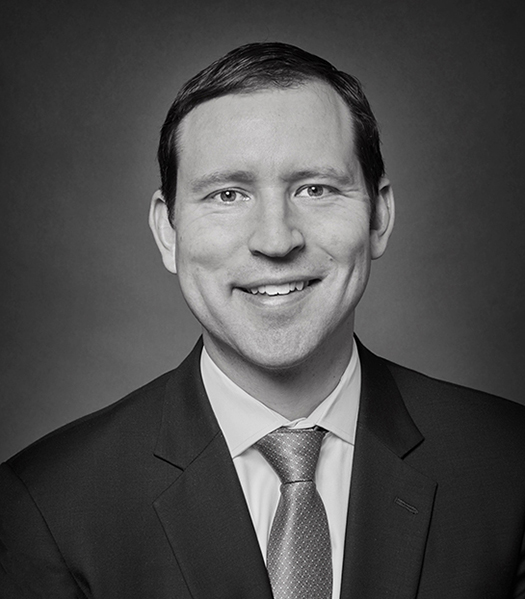 Prior to joining Waterous Energy Fund, David was a Principal on the energy team for Kohlberg Kravis Roberts, where he was involved in a variety of corporate and asset-level energy and natural resources transactions over the course of six years (2012 – 2018). During his time at KKR, David evaluated and executed investments across a number of different pools of capital including private equity, credit and energy real assets. David has experience in oil and gas real assets, oilfield services, midstream, downstream and mining.

David has been actively involved in a number of non-profit organizations and currently serves as a board member of the Houston Urban Debate League. 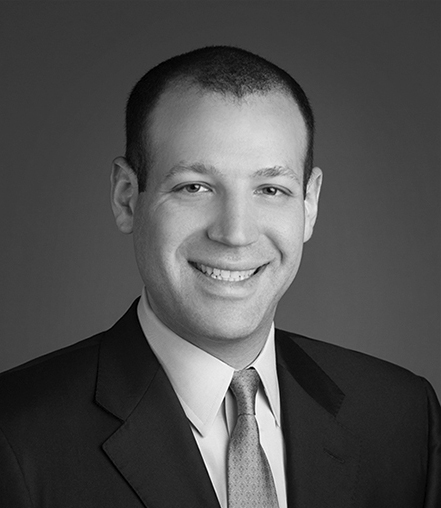 Prior to joining Waterous Energy Fund, Connor was an associate on the energy team for Kohlberg Kravis Roberts, where he was involved in a variety of corporate and asset-level oil and gas transactions from 2014 to 2017.

Connor has been a member of a variety of community organizations, including the Catholic Big Brothers and Big Sisters, and is currently a member of the Strathcona-Tweedsmuir School Alumni Board. 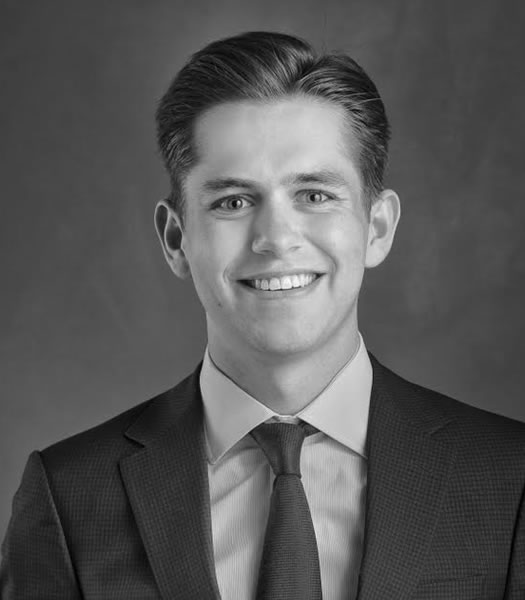 Prior to joining Waterous Energy Fund, Riley was an analyst in the energy investment banking group at J.P. Morgan, where he was involved in a variety of oil and gas mergers, acquisitions, and financings from 2017 to 2020. 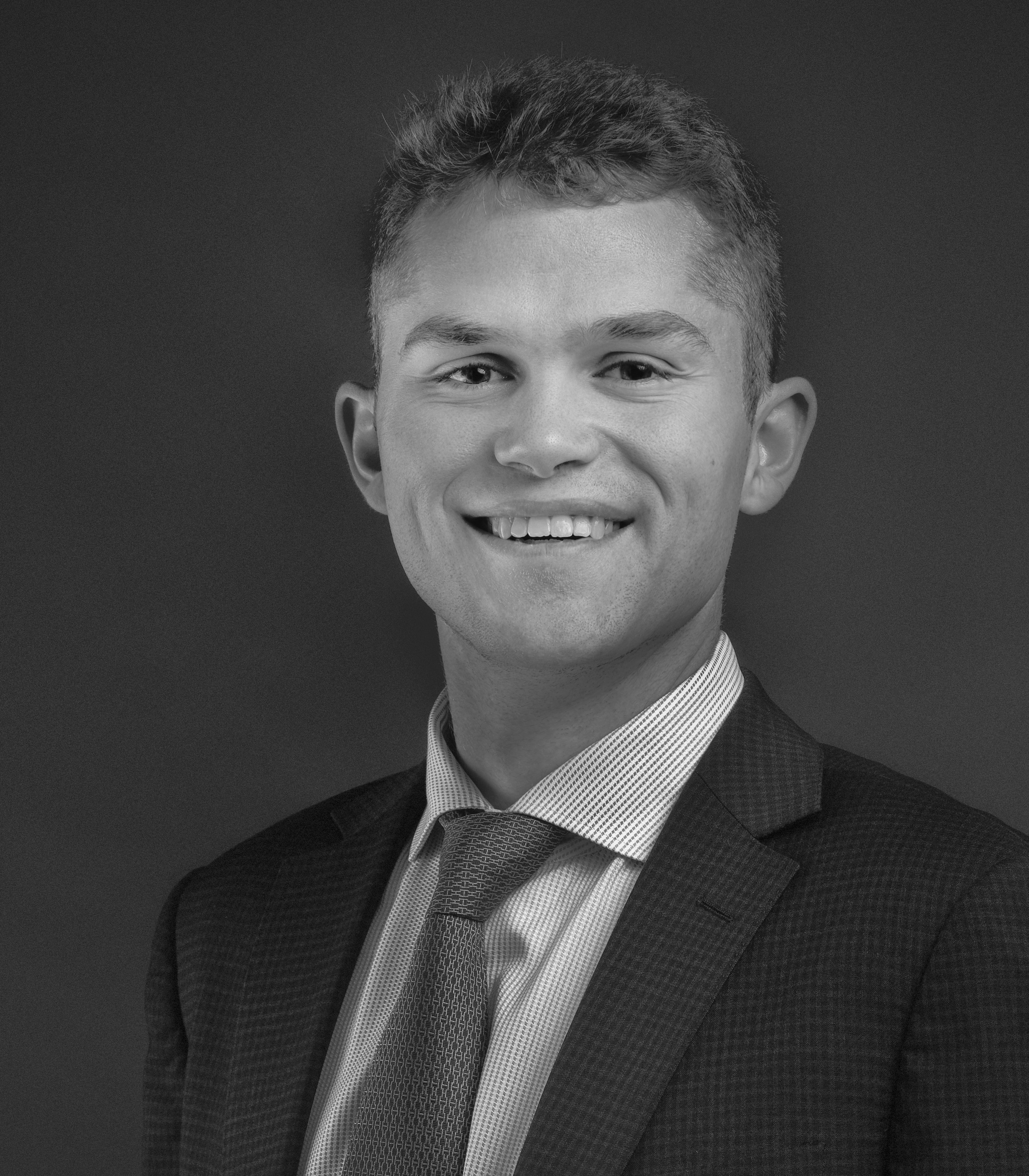 Andrew Kim is Chartered Professional Accountant, with extensive experience working with a variety of private and publicly traded companies across North America.

Mr. Kim was appointed to the Strath Resources Ltd. board of directors in January 2017 and was appointed as Audit Committee Chairman in May 2017.

Andrew holds an Honours Bachelor of Mathematics degree from the University of Waterloo.

Born and educated in England, Sharon spent the first 18 years of her career working in banking, culminating in the position of Control Manager, where she was responsible for risk and fraud management controls within a retail banking environment.

After moving to Calgary in 2006, Sharon took the position of Executive Assistant to Adam Waterous at Scotiabank and held that role until the founding of Waterous Energy Fund, where she joined Adam in March 2017. 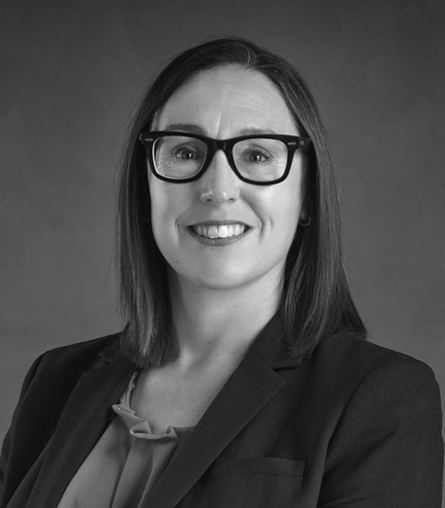 Osum is a private oil and gas producer focused on the development of its thermal oil assets in the Cold Lake region of NE Alberta.

Private equity‘s big moment: With trillions of dollars on hand, firms are ready to feast on pandemic spoils.

PODCAST: What US shale will have to do to survive the demand shock and reinterest investors

The oil industry is bracing for an onslaught of bankruptcies. Here are the 25 companies Fitch says are most at risk.

ADAM WATEROUS: There’s opportunity in the death of the oil industry’s business model

'We never had it so good': Canadian investor Adam Waterous is an optimist about energy

The Globe and Mail

Waterous Energy Fund announces its intention to launch a shareholder-supported take-over bid to acquire up to 52.5 million shares of Osum Oil Sands Corp., establishing a clear path to full ownership of Osum

“We think we are at or near peak Permian. The North American oil market has been grossly overcapitalized, which is not sustainable…Over the past five years,the industry and its investors mistook a massive structural change for a simple cyclical event. It’s impossible to continue to have uneconomic production and capex.”

“[We expect] total oil production in the U.S. to fall several million barrels per day this year. The coronavirus pandemic has only accelerated that trend. Essentially, it’s turned the slope of the decline from a green run into a double black diamond.”

Even before the pandemic, the U.S. oil “tech-wreck” [as Mr. Waterous says] had showed itself over the past five years as producers and investors plowed piles of capital into drilling and hydraulic fracturing in regions such as the Bakken in North Dakota and the Permian in Texas. Returns have dwindled, Mr. Waterous says. U.S. oil output is on track to decline from 12.7 million barrels a day at the start of this year, to 9 million or 10 million a day by the end of 2021, and that will mean corporate casualties, he predicts.

“They were making lousy returns at $65 a barrel,” said Adam Waterous, head of Waterous Energy Fund. “You need at least north of $70 before you start achieving a cost-of-capital return in the U.S. [shale] oil business.” Production from the Permian, the prolific shale field of west Texas and New Mexico, peaked even before the crash this year, Mr. Waterous said. At current prices, only 25% of US shale was economical, he added.

Harold Hamm took issue with a claim by Adam Waterous, head of Waterous Energy Fund, that just 25% of the shale resources was now viable at $40 a barrel. “That just doesn’t hold water,” said Mr. Hamm, a renowned US oil bull. “If that was the case, oil wouldn’t be at $40 for very long – it would have to increase to have supply.”

“The [shale] industry was just vaporizing capital over the last five years. The U.S. unconventional business was not working, and specifically, the returns that were being earned were atrociously poor…The technology really is incredible – it was a revolution – but what happened was it got way overdone. In the sober light of day, maybe about 15% or 20% was economic. Three-quarters-plus was completely uneconomic.”

“There is no market for about 80% of the roughly 500 oil and gas producers in North America...It’s not as simple as smashing together some private equity [oil and gas] companies that have no buyer,” said Mr. Waterous, who was previously the head of investment banking and energy at Bank of Nova Scotia. “The vast majority of these are not good assets.”

“This M&A is entirely defensive…The industry got over capitalized. It was way too big and now it has to shrink. That’s why we’re seeing all-stock deals with very small premiums. The future looks tough — sellers are waving the white flag.”

WEF’s ultimate aim to consolidate [Strath Resources and Cona Resources] was “the oil patch’s worst kept secret,” Mr. Waterous said in an interview. “There’s never been such an important need for the industry to consolidate itself, for companies to merge to gain scale. So that’s what we’re doing – getting bigger to have operational economies of scale and better access to capital.”

Waterous Energy Fund, a private-equity firm that has bought more than half of the Canadian reserves sold in the past three years, has a simple strategy, says its boss, Adam Waterous: “Hold production flat and maximize sustainable free cashflow.”